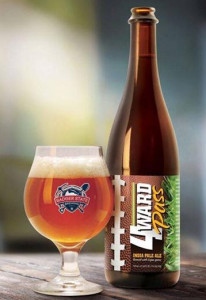 Just weeks before the Green Bay Packers plan to retire Brett Favre’s jersey number and induct him into the Ring of Honor, a local brewer plans to release a beer commemorating the occasion.

The limited release India Pale Ale features warrior hops and Cajun spices, which Babry said makes it a true representative of Number 4. “We thought that would kind of pay testament to Favre’s iron man mentality and legacy,” he said.

The beer will be available at Badger State’s Tap Room starting Wednesday, November 18, and at Lambeau Field for the week leading up to the Thanksgiving Day ceremony.