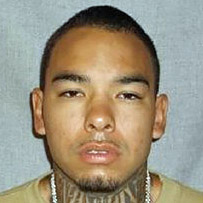 The second of two men who escaped from the Winnebago Correctional Center last month is back in custody. Shawano County Sheriff Adam Bieber said 21-year-old Leland Larock was arrested after his office received information that he was staying at an area residence. Detectives staked out the home, where members of the Sheriff’s Office Special Response Team and Oshkosh Police Department served a search warrant on Monday evening.

“As soon as we hit the house with the search warrant, we located him, put him in custody and turned him over to the Oshkosh police,” Bieber said. “There was always the possibility he was in Shawano. He grew up in the city and has a lot of family and ties to this area.”

Larock and 21-year-old Austin Reynolds escaped from the Oshkosh facility on October 9th. Reynolds was arrested days later in Green Bay, but Larock had managed to remain at large until now. Their escape from the minimum security center garnered media attention because the Wisconsin Department of Corrections did not notify local law enforcement agencies until four days later.

While a DOC report about the escape stated that Larock told his girlfriend during a phone conversation before the escape that he would “get out and kill her,” Bieber noted that one of the persons in the residence at the time of his arrest was identified as his girlfriend.