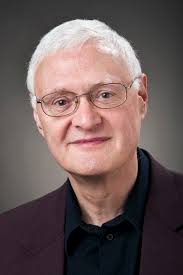 “What’s problematic from a legal perspective is, do state’s have the constitutional power to restrict travel to their states, once the federal government has provided for entry into the country? The answer is probably no,” Downs said. “This is an unusual kind of situation. Not everybody has the most definitive answer, but the law seems to on the side that this would be a problematic thing to do.”

Walker, who on Monday joined numerous other governors in saying he would oppose settlement of Syrian refugees in Wisconsin, reiterated that position Tuesday in a letter to federal officials. “This deficiency in the program poses a threat to the safety and security of our people. At this time, I cannot authorize the cooperation of our state in any efforts to resettle Syrian refugees in Wisconsin,” Walker said.

Walker also indicated he has issued a directive to the Wisconsin Department of Children and Families to not participate in resettlement efforts. “Our state will not facilitate the coordination or provision of benefits or services for individuals whose presence could pose a potential risk to our people.”

Downs said that individual states would likely have little wriggle room, in providing public benefits to refugees. Congress might be able to defund any plan to admit Syrians. “It would depend on the kind of case they made,” Downs said. “The power of the purse has always been the one clear constitutional power the Congress has had, when it comes to foreign affairs.”

As of Monday, Walker and 25 other GOP governors had opposed admitting any Syrian refugees until the federal government can adequately screen them to prevent terrorists from entering the U.S.