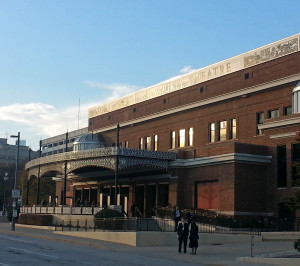 The top contenders in the Republican presidential race frequently clashed on a wide range of issues, during a debate in Milwaukee Tuesday night that focused heavily on the policy proposals of the candidates.

How the candidates plan to deal with immigration showed some clear division, during the Fox Business Network/Wall Street Journal debate at the Milwaukee Theater. GOP frontrunner Donald Trump stood by his calls for deporting those living in the country illegally, while building a wall along the US-Mexico border. “The wall will be built. The wall will be successful. And if you don’t think walls don’t work, all you have to do is ask Israel,” Trump said.

Ohio Governor John Kasich criticized the idea of shipping people across the border though, with estimates of at least 11 million people living in the US illegally. “We all know you can’t pick them up and ship them back across the border…it’s a silly argument,” Kasich said.

The exchange was one of many throughout the night that saw the candidates trading jabs on issues such as tax reform, homeland security, and foreign policy. One area where the candidates did show agreement on was calls for a $15 minimum wage, which led off the questions for the evening. Trump, Ben Carson, and Florida Senator Marco Rubio all voice opposition to the idea, with Rubio saying their needs to more of a focus on areas such as helping businesses create jobs and expanding vocational training. “We need more welders and less philosophers,” he said.

The next GOP debate will be December 15 in Nevada.