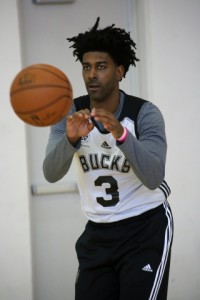 Parker missed Tuesday’s game at Washington due to a sprained right foot but rejoined the team in Cleveland yesterday.

Mayo hasn’t played in the first 11 games after suffering a hamstring strain in the final preseason game at Minnesota.

The Bucks are 5-6 after their 115-86 loss to the Wizards on Tuesday night.  They beat the Cavaliers in their first meeting, a double overtime game in Milwaukee on Saturday night.

The Bucks bench has been outscored for much of the season and Mayo could help boost that bench production with his return.