You are here: Home / Legislature / Senate will meet Friday on GAB and campaign finance bills 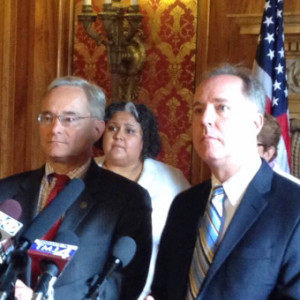 The state Senate will act to dismantle the state’s ethics and elections agency this week, while also taking up changes to Wisconsin’s campaign finance laws.

While the legislative session ends tomorrow, the Senate plans to meet in extraordinary session on Friday to pass a bill restructuring the Government Accountability Board and accompanying campaign finance changes. “It is my belief that they will find consensus, and be able to take some small tweaks if necessary,” said Assembly Speaker Robin Vos (R-Rochester).

There will be tweaks to both bills. A spokeswoman for Senate Majority Leader Scott Fitzgerald (R-Juneau) said Tuesday amendments will be offered, although details of those changes are not yet available.

Assembly Minority Leader Peter Barca (D-Kenosha) called the extraordinary session a waste of taxpayer money. “To come into an extraordinary session, strictly to feather your own nest, to make it better for your campaign committee and to enhance your prospects for reelection,” Barca said.

A spokeswoman for Speaker Vos said the Assembly could meet next Wednesday or Thursday to concur in any changes made by the Senate, at which point the bills will be ready for Governor Scott Walker’s signature.