You are here: Home / News / Walker not ready to make endorsement 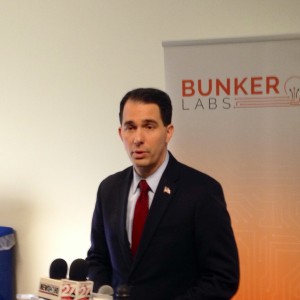 The Republican governor – who made an appearance in Milwaukee with Jeb Bush – said he’s not ready to make an endorsement. “Probably not. I think my goal right now is to help a fellow cheesehead, (RNC chair) Reince Priebus, and some of the others with the national party build a base, not only financially but in terms of grass-roots,” Walker said.