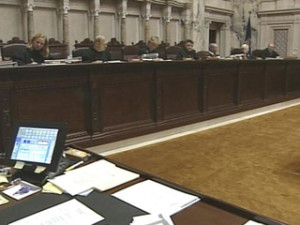 The Wisconsin Supreme Court will hear arguments Tuesday in a case involving the powers of the elected state public school superintendent. The justices will consider whether the governor can have a say over the Department of Public Instruction’s administrative rules.

Republican Governor Scott Walker decided in 2011 to give the governor and the legislature the power to overturn rules from state agencies which implement new state laws. DPI was among those agencies, but two lower court decisions rejected the veto power for education rules. Those rulings say the voters have the eventual control over DPI rules, through the election of the state superintendent every four years. The post is currently held by Tony Evers.