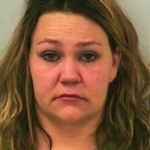 Polk County District Attorney Dan Steffen says the case of a woman sentenced on Monday in the drunk-driving death of a firefighter last year was unique. Thirty-four Jeanne Fisher of Luck was sentenced to six months in jail and 100 hours of community service for 5 years. Fisher was originally charged with homicide by intoxicated use of a motor vehicle. Fisher’s vehicle struck pedestrian Chad Hansen during the early morning hours of January 24, on Highway 35 between Luck and Milltown, during a snowstorm.

“I made this offer after consulting with all of my deputies and my accident reconstruction person,” Steffen said. “We basically couldn’t even recreate where the accident took place . . . because of the storm.”

Steffen said members of Hansen’s family have voiced differing views on what should happen to Fisher. “You’ve got a whole set of victims here, some wanting punishment, and some wanting forgiveness and rehabilitation.” Fisher must also spend the five weekends closest to the date of the January 24 accident in the Polk County Jail for the next five years.

The circumstances leading to Hansen walking in the highway traffic lane have never been explained. After striking Hansen, Fisher admitted to a law enforcement officer that she had been at a Luck tavern just prior, where she had four mixed drinks and a shot of liquor before driving, stating she was on her way to another tavern when she saw Hansen in the roadway, but could not swerve far enough out of the way or stop fast enough to miss him.