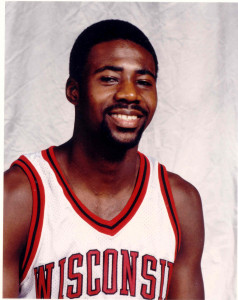 Moore returns to his alma mater after spending the last five seasons as head coach at UIC.  Prior to his recent head coaching tenure with UIC, Moore served as an assistant at Wisconsin under retired head coach Bo Ryan from 2005-10.

With Moore on the bench, the Badgers made five-straight trips to the NCAA tournament, highlighted by the 2007-08 campaign, during which UW won a then-school-record 31 games, the Big Ten Conference regular season and tournament titles, and advanced to the Sweet 16 of the NCAA tournament.

Moore served as head coach at UIC from 2010-15, where he established a blue-collar Chicago style of play with gritty defense.  The Flames led the Horizon League in defensive field goal percentage that year, holding opponents to just 62.8 points per game, the lowest mark in school history.

Moore played in 47 games for the Badgers from 1990-95, including 21 appearances as a senior.  He played for coaches Steve Yoder, Stu Jackson and Stan Van Gundy and helped the Badgers earn back-to-back NIT berths in 1991 and 1992.

He also teamed with the likes of Michael Finley, Rashard Griffith, Tracy Webster, Andy Kilbride and Brian Kelley to help Wisconsin end a 47-year drought and return to the NCAA Tournament for the first time since 1947.