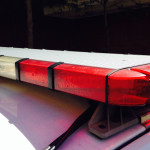 A 42-year-old man sustained non-life threatening gunshot wounds Tuesday morning while arriving at work in Oshkosh. Oshkosh Police officer Joe Nichols said the man was shot in the chest outside a business in the 700 block of Oregon Street around 5:30 a.m. The victim reportedly encountered the suspect and was shot following a brief struggle.

The suspect is described as a white man, between 5’10” and 6′ tall, wearing a hooded sweatshirt and a face covering. He ran from the scene. The victim was rushed to Theda Clark Medical Center in Neenah. Nichols said investigators are trying to determine whether the incident may have been captured on any survelliance cameras in the area. Anyone with information is asked to call Oshkosh police at (920) 236-5700.