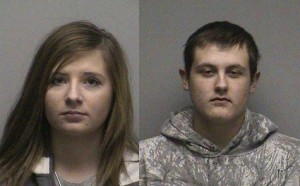 Two students at Gillett High School will stand trial on charges that they spiked a teacher’s drink with cleaning solution.

Brock confessed to pouring the cleaning solution for a dry-erase board in the drink of Gillett High School staffer Ray Johnson on October 20, according to the criminal complaint. Police say Gilbertson helped, in what both described as a prank.

Johnson went the hospital for treatment and was released the same day.

The teens each face two charges: placing a foreign object in an edible, and second-degree recklessly endangering safety.

Gillett is located in Oconto County, about 40 miles northwest of Green Bay.