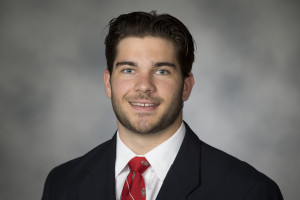 The Wisconsin Badger men’s hockey team, playing for the first time since December 12th, returned to the Kohl Center ice and knocked off Trinity Western 1-0 in exhibition play.

Wisconsin (4-7-5, 1-2-1-0 Big Ten) controlled possession throughout the contest, out-shooting the Spartans by 32, but it took more than 40 minutes for UW to find the back of the net.

Patrick Sexton scored his first goal as a Badger at the 2:44 mark of the third period.

Despite scoring just one goal, Wisconsin had plenty of opportunities, putting 49 shots on goal, including 18 in the third period.

Wisconsin returns to Big Ten play next weekend at home against Ohio State.  The Badgers will play ten of their next 12 games on home ice to start the second half of the season.