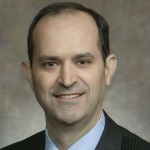 A first-year state representative from Wausau will not seek a second term. Republican Dave Heaton announced Monday that he’s not running for reelection. “With three small children each under the age of seven, a second term in the Legislature would not work for my family and their needs,” Heaton said in a written statement. “By not running, I am making the decision that is best for my family.”

Former WSAU radio host Pat Snyder will run for the seat currently held by Heaton. Since leaving his broadcast career, Snyder has been the Community Outreach Director for Congressman Sean Duffy. Snyder says he learned of Heaton’s decision a few weeks ago and that people reached out to him to run for office again. Wright has already announced that she is running for the seat again this fall. Wright served one term in the assembly, defeating Snyder in an open seat race in 2012.

The 85th Assembly District includes all of Wausau, Schofield, Rothschild and part of eastern Marathon County.