You are here: Home / News / WIAA takes a step back from recent firestorm (Opinion) 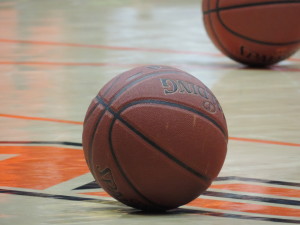 The Wisconsin Interscholastic Athletic Association (WIAA) is offering amateur sports fans around the state a sincere apology for any distress or dissatisfaction caused by a sportsmanship email from Todd Clark dated December 22, 2015.

That e-mail has brought about much scrutiny and the WIAA says it is misunderstood.

In an e-mail to superintendents, principals and athletic directors on Wednesday, the WIAA explained from its own perspective, that the initial e-mail was simply a reminder in advance of the many holiday tournaments held every year across the state.  Nothing more, nothing less, than what has been shared across the membership via the Sportsmanship Manual dating back to 2005.

Wednesday’s e-mail to schools stated the following – “We know that the challenges of keeping Interscholastic athletics a fun, safe and educational experience for our athletes, students and fans are never-ending. We see and respect the everyday efforts of individual members and conferences in striving to create the positive environment you are proud of, and we appreciate those efforts. Carry on! Please keep up the great work, just as you have been doing.”

Talking with a few athletic directors around the state, they feel the intent of the WIAA was to remind athletic administrators to encourage their students to be respectful and to cheer for their peers and fellow student athletes while avoiding putting others down.  The examples that were put in writing since 2005 were listed as suggestions.

I asked one athletic administrator what he thought about the backlash towards the WIAA and the criticisms that have come with it.

Nekoosa High School Athletic Director Jason Becker said, “I feel the backlash is off base to a certain extent. As guidelines, the WIAA has not mandated the chants be stopped. They have left that up to the discretion of the member schools.”

“ESPN and other national syndicates picked up the story and ran with it despite having a complete misunderstanding of the original intent of the email,” he said.

I asked Becker, as well as other AD’s, if the WIAA’s direction follows the wishes of the membership.

Becker said, “I can only speak for Nekoosa, but I believe all schools governed by the WIAA believe in exhibiting good sportsmanship, as it is a reflection of their school and community. I think it serves as a good reminder to be aware of what your fans are saying and doing during athletic contests.”

Becker added, “My main concern is how the WIAA will choose to respond to complaints about member schools from parents of opposing schools. I feel as a conference we allow our students to say and do things that some other schools don’t allow. As these are guidelines and suggestions it is my hope they continue to allow schools to govern themselves.”

The Nekoosa student section has created its own private Facebook page and takes pride in creating unique theme nights for most home games.

Becker said, “I encourage them to be loud, have fun and express themselves. On occasion this has led to some inappropriateness that has been easily redirected. I have found that giving them ownership and agreed upon guidelines has allowed them  to express themselves in an appropriate manner and I hope all schools continue to encourage just that.”

Had it not been for Hilbert student athlete April Gehl’s improper reaction to the WIAA’s initial e-mail, this issue likely would have caused little, if any uproar at all.

Many want to lump the WIAA’s e-mail and Gehl’s suspension together.  While one was a reaction to the other, they’re still two separate issues.

Without any real knowledge of the WIAA’s intentions, Hilbert’s leading scorer on the girls basketball team decided to go to social media and express herself on Twitter.  She told the WIAA to “Eat S**T”.  Reactions like that have consequences every day in this world.

The WIAA didn’t tell Hilbert High School to suspend Gehl, they simply brought it to the schools attention.  Gehl, like every other student athlete, signs a Co-Curricular Handbook agreement that in effect, states that they won’t take part in such behavior. In doing so, Hilbert High School enforced the letter to the law, handing Gehl a 4 1/2 game suspension (Not 5 as many other outlets have reported).  Gehl and her family certainly aren’t happy about the outcome, but they have decided to serve the suspension without an appeal.

Is there a problem

Several athletic administrators have indicated to me that there is a sportsmanship problem, but didn’t consider it to be out of hand.  They felt they have been able to deal with any issues on an individual basis.

Is the handbook out of date?

The intention of the WIAA has taken a hit and that’s unfortunate.  It is their job to promote good sportsmanship among its member schools.

That being said, the guidelines put in place back in 2005 probably could stand some updating.  We see so many issues in our world today that most people just don’t see chants like “Fundamentals”, “Sieve”, “We can’t hear you”, “Air Ball” and the others that were initially mentioned by the WIAA being a problem. Those cheers have become a part of the climate we live in and accept.

The effort needs to be understood though.  The WIAA and member schools want students and fans to cheer.  They want those fans to use a little more energy cheering for their own team though, instead of constantly taking shots at the opposing players.

I cover and attend several high school athletic events each year and for the most part, I can say I enjoy the atmosphere and the creativity of the students.  But there’s been a handful of times where some of their actions have crossed the line.

The Sportsmanship Committee will certainly be bringing this issue up for discussion again in the spring.  It would be good to get the 2005 language up to date.  Perhaps the committee could include one or two high school students that could add to the mix, helping create the environment that the WIAA and its schools so desire.

Is there a solution

I really like what they’re doing in Nekoosa, letting the students form their own group and taking ownership in special theme nights, as well as the things they do and how they act at games.  The school treats them with respect and allows them to prove they can handle the responsibility.

I’m sure other schools are doing similar things and others perhaps could use this as an opportunity to move in that direction.

Like some of the Athletic Directors I’ve talked to, I believe sportsmanship can always be improved.  But I also believe that all parties involved have made attending high school sporting events enjoyable.

The WIAA didn’t just randomly toss an e-mail together a few days before Christmas to get everybody all bent out of shape.  Some of the language in their policies may need a little updating but for anybody to think their intentions are out of whack needs to take a step back and think about what they’re saying and thinking.

And for those of you that think the WIAA is going to make our younger generation soft by not allowing them to hear some negativity from the stands and heaven for bid, won’t have them prepared for their collegiate or professional careers.  Really?  Listen to yourselves.

I haven’t agreed with everything that has come out of the WIAA office either.  But remember who they serve and what their mission is.  They’re in it to protect and serve the schools.  Believe it or not, the schools support the mission.  They’re in it together and feel it’s what is best.

April Gehl learned that the hard way and the goal is get others to avoid making the same mistake.

(Special Thanks to some of the great overworked and underpaid Athletic Directors/Administrators that Wisconsin has to offer, including Nekoosa’s Jason Becker & Hilbert’s Stan Diedrich)