You are here: Home / News / Close Supreme Court primary could lead to bigger battle in April 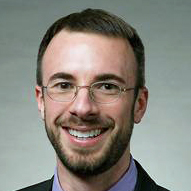 A narrow margin between the top two candidates in Tuesday’s state Supreme Court primary could foreshadow a very close race in April.

Unofficial returns show Justice Rebecca Bradley winning the three-way primary by only about 1.5 percent, with Appeals Court Judge JoAnne Kloppenburg just behind her. UW-Madison political scientist Barry Burden says it was a surprising outcome, given the fact that the incumbent Bradley’s name has been much more visible to voters in the weeks leading up to the election. “I would have thought her advantage would have been greater…but it ended essentially in a tie,” he says.

Milwaukee County Circuit Judge Joe Donald, who finished third, claimed about 12 percent of the vote. Burden says where his support goes now could be a deciding factor in the April 5 general election. Although, he expects another factor to potentially play an even bigger role – the fact that the spring election will take place at the same time as Wisconsin’s presidential preference primary.

“We don’t know yet whether the Republicans will still be duking it out or the Democrats will still have a highly contest primary, but I think the dynamics in those races could affect the Supreme Court race as much as the Supreme Court candidates themselves,” he says. If the field is still wide open for either party, it could greatly increase turnout at polling places across the state.

Burden notes that, while Bradley does have some advantage from being the incumbent, this is her first statewide race after being appointed to the seat by Governor Scott Walker just last fall. Kloppenburg is already known to many voters, after running for the Supreme Court in 2011 and losing to Justice David Prosser following a highly publicized statewide recount of the results.