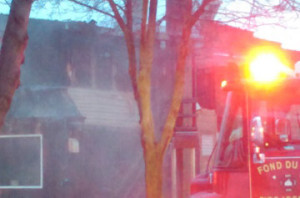 A popular spot for fish fry in Fond du Lac is a total loss, following an early morning fire.

Fond du Lac Chief of fire prevention Troy Haase said fire fighters arrived at the Wayside Bar and Grill just after 4:40 Wednesday morning to find the entire upstairs in flames. He said it appeared as if most of the second floor of the building was destroyed, while the ground floor is expected to have suffered severe smoke and water damage.

An apartment on the second floor was vacant and there were no reports of an injuries.

At least 50 firefighters from 12 departments helped fight the blaze. An investigation is ongoing.