You are here: Home / News / Lasee running for Congress 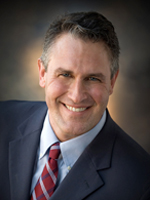 A Republican state legislator is the first official candidate for a congressional seat that covers much of northeast Wisconsin. State Senator Frank Lasee of Ledgeview threw his hat in the ring for the eighth district seat over the weekend. Lasee said he wants to get government out of the way, and get federal spending under control.

Republican Congressman Reid Ribble of Sherwood announced last month that he’s not running for re-election. Several others have said that they’re exploring whether to get into the race. Lasee spent 12 years in the Assembly until 2006, and he’s been in the Senate since 2010.