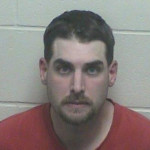 A Green Lake County jury Monday found a 34-year-old Berlin man guilty of killing his estranged wife and her boyfriend. Nicholas Tuinstra was found guilty of two counts of 1st degree intentional homicide and one count of stalking.

A pre-sentence investigation was ordered and sentencing has been scheduled for May 5th.

Tuinstra murdered Melissa Tuinstra and Justin Daniels, both 28-years-old, at their apartment building in Berlin on September 27th, 2014. The victims had been shot to death. Nicholas and Melissa Tuinstra had filed for divorce the week leading up to the murder.