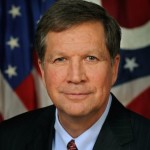 The race for the Republican presidential nomination turned to Wiscosnin Wednesday, with two of the candidates still in the race making stops in the state. Ohio Governor John Kasich and Texas Senator Ted Cruz both made campaign stops in the Milwaukee area.

During a town hall in Wauwatosa, Kasich laid out his platform for a crowd of about 500 people, and took several questions from the audience about how he plans to take a bipartisan approach to the White House. Kasich is currently third in the delegate count for the party’s nomination, and admitted he operated in “total obscurity” for several months. He attributed that to not being willing to engage in the personal attacks some of the other contenders have been using, and insisted “I will not take the low road to the highest office in the land.”

In a fiery introduction speech, former Wisconsin Governor Tommy Thompson argued Kasich is the party’s best chance to defeat possible Democratic nominee Hillary Clinton in November. “I want a winner, I want somebody that’s going to lead this country, I want somebody who is going to take it to the Democrats, and that somebody is John Kasich,” Thompson said to an enthusiastic crowd. 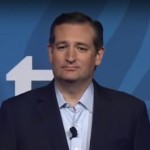 Terrorism was among several of the issues discussed by Sen. Cruz Wednesday night, during a forum in Pewaukee hosted by Right Wisconsin. Cruz laid out his strategy for going after ISIS, following the attacks in Brussels this week. He said those behind the attacks live in isolated communities where “radicalism festers,” and argued for using proactive policing and intelligence resources to identify threats.

Cruz drew criticism this week for suggesting police increase patrols of Muslim neighborhoods, in the wake of the most recent attacks.

Cruz also fired back at comments made by Donald Trump Wednesday, who threatened to “spill the beans” about his wife Heidi. The threat comes after a Cruz campaign ad used a risqué photo of Trump’s former model wife, when she posed for GQ magazine. Cruz said his wife dealt with a lot of garbage during 20 years in the business world and seen a lot of “bullies” in her career. “I’ll tell ya, Heidi Cruz is not scared one iota by a bellowing Donald Trump,” he said.

Trump has not yet announced any stops in the state. Cruz is expected to continue campaigning in Wisconsin today, with stops planned in Dane and Rock Counties.

WUWM and affiliate WIBA contributed to this report.