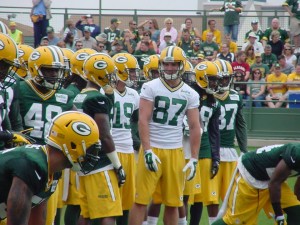 The NFL announced Friday the dates for the off-season workout programs for all 32 teams.  The Green Bay Packers will officially begin their preparations for 2016 on April 18.  The Packers dates are as follows:

Teams can also hold a rookie football development program lasting up to seven weeks and can start as early as May 9.  Each team can also hold one post-NFL Draft rookie minicamp either the first or second weekend following the draft.

Information about the dates of post-draft rookie minicamp’s and which OTA sessions are open to the public will be available at a later time.