You are here: Home / Crime / Courts / Arrest made in Manitowoc homicide case 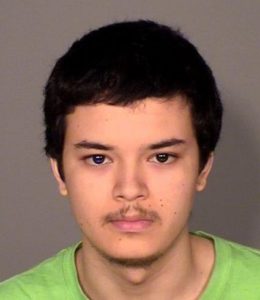 Manitowoc Police say one of two suspects from a fatal shooting in February is now in custody, and the search continues for a second man.

At a news conference on Tuesday, Police Captain Larry Zimney said 22-year-old Quinn Orn Smith of St. Paul was taken into custody on Monday in Minnesota on First Degree Intentional Homicide and other charges for the death of 52-year-old Kor Yang.

Yang died in February after he was fatally shot while answering a knock at the door of his home. Zimney said DNA evidence found on a gun discovered near the murder scene helped them identify Smith and another suspect, 25-year-old Joe Vang.

Zimney said both men are members of the Asian Crips gang from the Twin Cities. However, police declined to offer a possible motive for the shooting.

Vang is still at large and believed to be in the Minneapolis-St. Paul area.