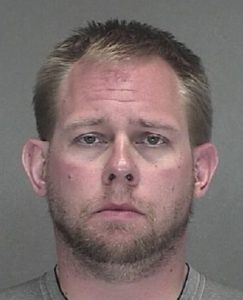 A teacher in the Seymour school district has been arrested, following an online sex sting carried out by police.

Ashwaubenon Public Safety Capt. Jody Crocker says 34-year-old Nick Darnick was arrested Friday when he arrived to meet who he thought was a 15-year-old, but was instead confronted by investigators. Police said Darnick responded to an online ad back in March, and had been communicating with investigators since then before setting up the meeting last week.

At a news conference Monday morning, school superintendent Peter Ross said Darnick has been placed on paid administrative leave while the district monitors the situation. According to the district’s website, Darnick teaches high school and eighth grade physical education. He is also on the coaching staff for the high school football team.