You are here: Home / News / Wausau ranked most middle class city in U.S. 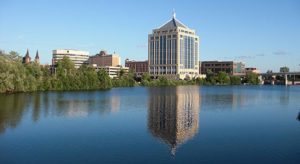 TIME Magazine reports that Wausau is the nation’s most middle class city. TIME reported that Wausau had the highest percentage of people in it’s population who were middle class than any other city in the United States with 67%.

The findings were actually part of a broader study on rising inequality conducted by the Pew Research Center. The studies considered middle class to be three-person households earning between $42,000 and $125,000 a year.

The city’s economic development manager, Christian Schock, maintains that its a reflection of hard work on many levels. “I think that’s a great testament to our workforce and to our employers who have been strategic in their growth, and have been supportive of their employees over the years, making sure that growth is consistent and that economic growth translates to economic development.”

Wausau beat out two other Wisconsin metro areas in the top 3. Janesville-Beloit had 65% and Sheboygan had 63%.  Seven out of the ten areas mentioned were also from the midwest region of the country.