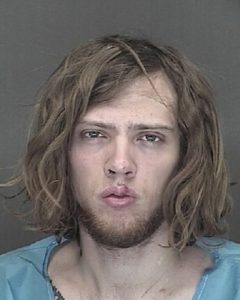 The suspect in a double homicide in Hobart was ordered held on a $5 million cash bond Thursday, during an appearance in Brown County court.

Police arrested 26-year-old Jacob P. Cayer of Ashwaubenon Tuesday night on suspicion of first-degree intentional homicide, following the discovery of two bodies and a wounded man at what’s been described as a gruesome murder scene.

The two women, ages 25 and 63, were found Tuesday night – one of them was outside the home, while the other was in a bathroom. A man was also wounded, and is expected to survive his injuries. Hobart-Lawrence police have not released the names of the victims.

Cayer was found hiding a wooded area near the home.