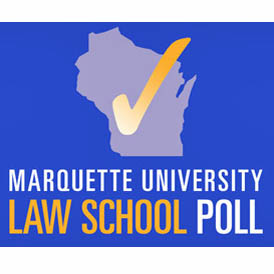 Governor Scott Walker’s approval rating appears to be trending down. That’s according to the most recent Marquette Law School Poll. The poll found that approval of how Walker is handling his job stands at 39 percent, with disapproval at 57 percent. In March, approval was 43 percent and disapproval was 53 percent.

Walker was asked about the latest numbers, during a media conference call from Mexico, where he’s on a trade mission,

“I think the reason the polls are that way is because of the media,” Walker said. “The headlines are always about negative or bad things, so it’s no wonder people would feel like that in the polls.”

The poll also found that 46 percent of registered voters say Wisconsin is headed in the right direction while 50 percent say it has gotten off on the wrong track.

The Marquette Law School Poll was conducted Thursday through Sunday, sampling 800 registered Wisconsin voters. It has a margin of error of plus or minus 4.4 points.