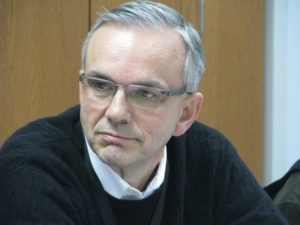 Marathon County Administrator Brad Karger will be suspended for 30-days for his involvement in a rally in downtown Wausau in May. Wausau police chief Jeff Hardell and Marathon County Sheriff Scott Parks objected to Karger’s participation in the Dylan Yang rally. While several other local leaders were present, Karger took part in cheers and chants during the event and march. Some claim the rally was anti-law enforcement, something the organizers deny. They say it was about fairness in the criminal justice system and anti-bullying.

The Marathon County Board investigated the issue with the help of an outside attorney. Karger’s suspension was decided on during a closed-door session on Tuesday night. Karger has also been instructed to meet with local law enforcement to improve those relationships and will have to make a public statement about the matter. Karger will not be paid during his suspension, which begins on Monday. Some board members wanted him fired. Karger was not present when the punishment was announced.

Karger was quoted in the Wausau Daily Herald saying: “I marched in support of a child who committed a crime at age 15, who I believe should be punished, but his sentence should provide him the opportunity for rehabilitation.”

Demonstrators claim that Dylan Yang was unfairly tried as an adult for the stabbing death of 13-year-old Isaiah Powell. Yang was 15 at the time, and is awaiting sentence after being convicted of reckless homicide.