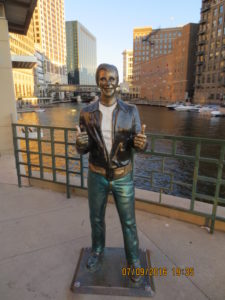 The creator of Happy Days and Laverne and Shirley has died. Garry Marshall enjoyed a long career in which he made Wisconsin the backdrop for two of the most famous comedies in television history.

Marshall died Tuesday from complications of pneumonia, after having a stroke.

His film credits include Pretty Woman and Princess Diaries. Gary Marshall was 81.