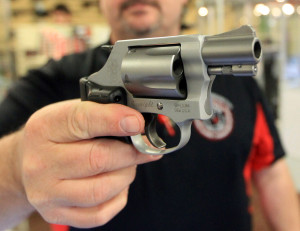 Nearly five years after it first started accepting applications, the Wisconsin Department of Justice is moving some of the process online.

Attorney General Brad Schimel announced Friday that residents will now be able to apply for and renew their permits using a new site set up by the agency.

Concealed carry permits issued by the state must be renewed every five years, with notices sent out 120 days before they expire. The state issued its first permit on November 1, 2011 and passed the 300,000 permit mark in March of this year. “Hundreds of thousands of Wisconsinites hold a concealed carry license, making our state a safer place to live, work, and raise a family,” Schimel said.

The DOJ expects to send about 160,000 renewal notices over the next year. Permit holders should not apply for renewal until they receive a notice, which will include a unique ID number and instructions.

The new system will also allow users to update their personal information, request a replacement license, and to check on the status of their application.