You are here: Home / Sports / Packers to honor Favre again during 2016 season 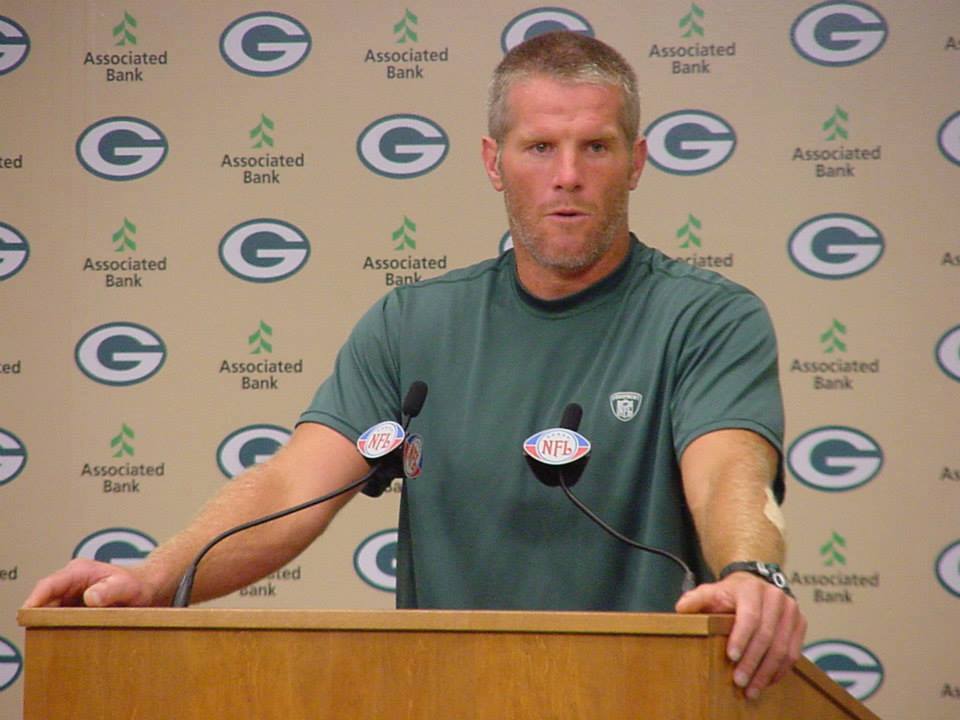 The Packers today announced several game features for the upcoming season, including a halftime ceremony on Oct. 16 to honor Brett Favre for his Aug. 6 Pro Football Hall of Fame induction.

Favre, whose name will be unveiled on the Lambeau Field stadium façade next to fellow Pro Football Hall of Famers, will be recognized on the field at halftime of the Packers-Cowboys game.

At the same contest, the Packers will wear their historic third jersey, a re-creation of the team’s 1937-48 uniform that debuted as the third jersey during the 2015 season. The jersey, navy blue and gold with a gold yoke across the shoulders, pays tribute to a special time in Packers history in which the club won two of their record 13 NFL championships.

The NFL’s third jersey program permits teams to have a third jersey that they can wear for up to three games per season (no more than two home games) over a five-year period.

The Oct. 16 game will also feature the annual Coats for Kids collection prior to kickoff. Fans attending the game will have the opportunity to donate new and gently used winter coats for distribution to needy children through area Salvation Army units.

As was previously announced, the Packers will debut their color rush jerseys during the Oct. 20, Thursday night game against the Chicago Bears. That game will also feature the annual Verizon HopeLine collection, which collects no-longer-used wireless devices from fans to support domestic violence prevention efforts and assist domestic violence survivors.

Additional game features planned for the upcoming season include welcoming many Packers alumni back to Lambeau Field during the alumni homecoming game, set for the Sunday, Sept. 25, home opener. That Packers-Lions matchup also will feature the 30th Annual Packers Women’s Association Food Drive, which will collect non-perishable food items and cash donations prior to the game to benefit Paul’s Pantry.

The final home game of the regular season, the Christmas Eve noon Packers-Vikings matchup, will thank Packers fans for their support as the team celebrates the annual Fan Appreciation game.