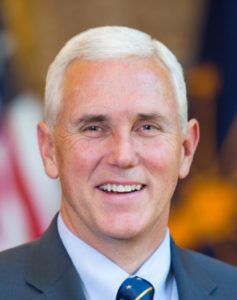 Republican vice presidential candidate Mike Pence will be making a campaign stop in Wisconsin this week.

The Indiana governor is scheduled to appear Wednesday night at a rally being held at the Waukesha County Exposition Center. The event will start at 7:00 p.m.