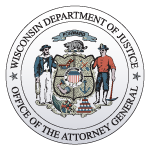 The campaign, called “Operation Broken Heart,” was part of an effort to identify and arrest individuals for offenses that include child pornography, enticing children online for sexual purposes, and child prostitution. More than 40 federal and local law enforcement agencies joined the state in a one week campaign between April and May, which was part of a larger national effort that resulted in more than 1,300 arrests.