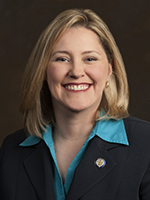 Just hours after it was made public, the head of the Wisconsin Economic Development Corporation pulled plans to consider a gag order for board members.

The policy originally set for a vote today by the WEDC board would have blocked members from publicly discussing the operations of the taxpayer-funded agency. Democratic state Senator Julie Lassa (D-Stevens Point), who sits on the board, says such a policy would have had a chilling effect on public information. “WEDC’s track record should make it clear that it needs strong board oversight…this policy would put limits on the rights of board members and just make it harder for use to provide that oversight.”

WEDC was created by Republicans in 2011 as a public-private entity focused on sparking job creation in the state. It has been the source of almost constant criticism though, after numerous reports showed staff failed to properly track loans, while also giving money to GOP campaign contributors and to businesses that later outsourced jobs. “Frankly, I’d rather see WEDC staff putting more effort into preventing fraud in our program…than policing its own board members,” Lassa said.

Agency officials defended the plan, arguing it was based on best practices by boards in the public-private and private sector. However, WEDC Secretary Mark Hogan said late Wednesday afternoon that he was pulling it from the agenda after receiving feedback from board members.