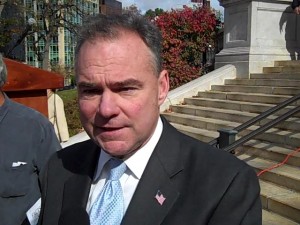 Virginia Senator Tim Kaine plans to appear in Milwaukee Friday morning, where he will rally with supporters at a Lakefront Brewery as part of a jobs tour across the country. The campaign says Kaine “will discuss Hillary Clinton’s plans to build an economy that works for everyone, not just those at the top.”

The campaign stop comes on the same day the Republican presidential ticket will be in Wisconsin. Both GOP presidential nominee Donald Trump and running mate Mike Pence are scheduled to attend a rally in Green Bay on Friday evening.