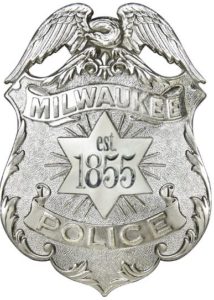 The officer who shot and killed Sylville Smith just over a week ago in Sherman Park, sparking two days of violent protests, was the subject of an excessive use of force complaint filed just two days before that shooting. The officer was named in a notice of claim and injury filed by a person identified only as “Ronnie.”

The man told Fox 6 Milwaukee that it happened on April 15, when he was approached by two officers on bikes while seated on the passenger side of a car at a gas station. Ronnie says he jumped over to the driver’s seat thinking they asked him to move the car, but he was then grabbed, thrown to the ground and tased.

Police body camera video shows the officers believed Ronnie had jumped to the driver’s side of the car in an attempt to run away. No bag was ever found at the scene of the incident.