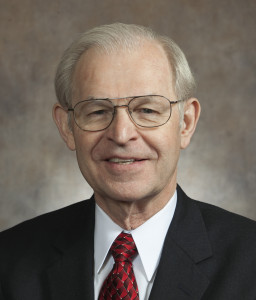 On the statewide Sunday TV news show “Upfront with Mike Gousha,” Prosser said the Supreme Court should have justices who are “impartial and not totally predictable” — but in the 1990s, people wanted “utter predictability” from the court, and they started donating to candidates based on how they knew they were going to vote. Prosser called that a “mistake,” and he’s not certain how it should be changed.