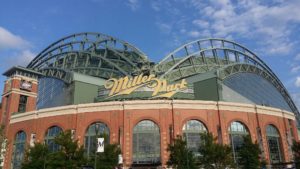 The Milwaukee Brewers will open the 2017 Major League Baseball season at home.

The Brewers interleague schedule features games against teams from the American League East, as well as the traditional four games against the Minnesota Twins.