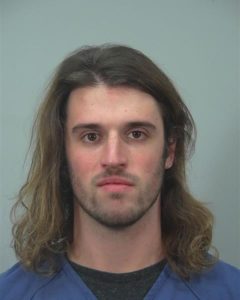 A University of Wisconsin student allegedly used journals to detail his plans to sexually assault women. Twenty-year-old Alec Cook has been charged with numerous crimes in connection to the sexual assault of another student this month.

Assistant Dane County District Attorney Collette Sampson said Cook will also be charged in connection with crimes against three other women, bringing the number of women that he victimized to six.

Cook’s attorney said some of the other alleged victims came forward months after allegedly being assaulted. One of them was another student in a ballroom dance class.

Cook remains in Dane County Jail. Prosecutors say Cook kept a journal of his alleged crimes. Assistant DA Sampson has asked that his bail be increased — to $250,000.

Investigators believe that Cook has been sexually assaulting women since March 2015, and over time the level of his aggressiveness has grown, according to Sampson