You are here: Home / Crime / Courts / More reports of suspicious candy in Neenah 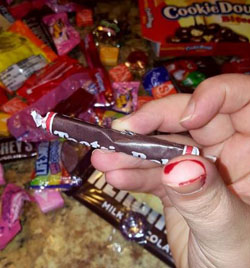 Chief Kevin Wilkinson says the calls came in Wednesday and investigators are sending the candy to the State Crime Lab to have it analyzed.

In the first case, the woman posted a picture on Facebook of a nail sticking out of a Tootsie Roll. Wisconsin Rapids police are investigating a similar incident.

Wilkinson says if parents are concerned about the safety of their child’s candy, they can ask their doctor or dentist to X-Ray it for them.