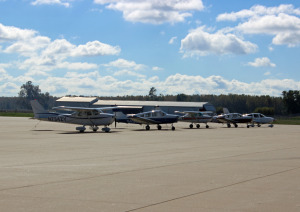 A pilot in a small plane crash near New London Sunday was rescued by nearby residents, shortly before the plane’s fuel tank exploded.

According to the Waupaca County Sheriff’s Department, the plane crashed at Poppy’s Flying Acres airfield around 4:20 pm. Several neighbors heard the engine sputtering and rushed to the crash scene, pulling the pilot about 25 feet from the wreckage before the explosion. The plane was a total loss.

The pilot was taken to an area hospital with non-life threatening injuries.

The FAA has been called in to investigate the crash.