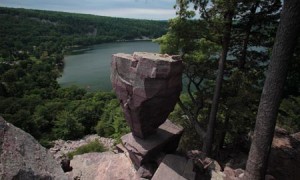 Lawmakers may once again consider increasing state park entrance and camping fees next year, and the head of one conservation group worries it could drive people away from visiting those locations.

In its state budget request, the Department of Natural Resources said increases are needed to fund the parks, after cuts were made in the last state budget that were aimed at making them self-sufficient.

While Wisconsin Wildlife Federation executive director George Meyer says the previous hikes don’t appear to have hurt park attendance yet, he worries continuing to raise prices could actually cause more revenue problems for the parks. “At some point in time you end up starting to price yourself out of the market,” he says.

Meyer, a former DNR secretary, says that happened during his tenure at the agency more than a decade ago, when there was a substantial increase in fees charged to non-resident visitors to state parks. “We actually lost money, because we had fewer non-residents attend the parks,” he says.

Lawmakers will begin work on the next biennial budget next spring.