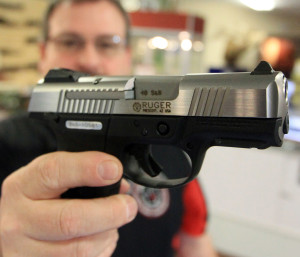 Lawmakers could again be asked to take up legislation this spring that would allow concealed carry permit holders to have weapons on college campuses.

The proposal is one of many being talked about, as a new legislative session begins. Assembly Speaker Robin Vos says he’s not opposed to the idea, as far as allowing “average law-abiding citizens” to have a weapon with them.

Vos told reporters this week that he just wants to make sure that those individuals know how to use a weapon, and that they don’t pose a risk to others. “We don’t want to have a situation where somebody who has a criminal background or any kind of a problem where they would potentially have mental health issues…you would not want those people to have weapons on campus, perhaps,” Vos said.

Still, Vos said it’s one of many ideas where lawmakers proposing it need to show they have the support needed to pass it. Senate Republican Leader Scott Fitzgerald (R-Juneau) largely agreed with that sentiment. “You gotta round up the votes,” Fitzgerald said this week.

State Representative Jesse Kremer (R-Kewaskum) introduced a bill dealing with campus last session, which failed to advance. He has said he plans to bring it back again this spring.