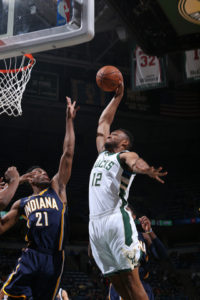 The Milwaukee Bucks announced that forward Jabari Parker suffered a torn ACL in his left knee in the third quarter of last night’s 106-88 loss to Miami, ending his season.

Parker underwent an MRI this (Thursday) morning, revealing the injury.  It’s the same knee that Parker injured during his rookie season in December and missed the rest of the season.

Parker will undergo surgery to repair the injury and not only miss the rest of this season, but most likely at least half of next season as well.  The recovery and rehabilitation period is estimated at 12 months.