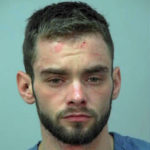 A 34 year-old Cottage Grove woman has died from her injuries in a crash earlier this month that killed her husband. Jennifer Steiner and Kirk U’ren were on Highway 30 on Madison’s east side the afternoon of February 12th, when an airborne vehicle landed on their SUV. U’ren died at the scene.

Steiner died on at the hospital on Saturday. Madison police are now recommending two counts of reckless homicide against 25 year-old Brandon Ballweg, who police say was driving too fast. The couple was on their way to a Badger basketball game. They leave behind one-year-old twin sons.