You are here: Home / Environment / Conservation / Dickert to depart as Racine mayor 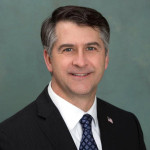 There’s going to be a change in leadership in the city of Racine. Mayor John Dickert plans to resign, so he can serve as executive director of the Great Lakes and St. Lawrence Cities Initiative — to work on an issue Dickert considers crucial.

Dickert, who has served as mayor since 2009, has been heavily involved in water issues, and opposed Waukesha’s application to withdraw water from Lake Michigan. “This is a new challenge that I think is not only going to be protecting Racine, but is going to be protecting the Great Lakes and all of our water.”

It’s not clear exactly when Dickert will leave, but state Representative Cory Mason is already intersted in running to fill the vacancy that will create. “I don’t intend to do both jobs,” Mason said. “This is a big job and I think it requires your full attention.”

Arrangements for a special election, which can only take place once Dickert steps down, have to be made by the City Council. Dickert said he hopes to stay on into the summer.