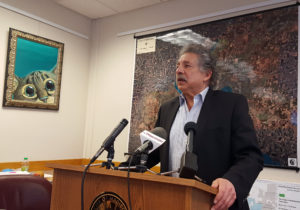 The court found the city could not treat buses it owns the same as city buildings and other facilities, where it can currently prevent concealed carry permit holders from bringing a weapon on to the property.

During a press conference Tuesday afternoon, Mayor Paul Soglin argued the buses, which are city property, should be treated the same. “We see no reason why it should not be permissible…for us to do something incredibly reasonable,” he said.

Such a change is unlikely under the Republican-controlled Legislature, although Soglin contends it’s an issue of local control and of public safety. “The more guns that are present, the more people get shot, die, and seriously injured…it’s real simple,” he said.