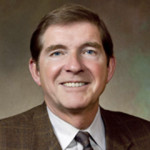 A state lawmaker is offering three new bills aimed at drunk driving in Wisconsin. Representative Jim Ott (R-Mequon) has authored numerous bills over the years, as the legislature has attempted to grapple with Wisconsin’s persistent drunk driving problem.

“The main reason is to provide a deterrence” Ott said. “If the penalties are higher that should lead to less drunk driving.”

In 2015, the most recent year for which numbers have been compiled, the state Department of Transportation said there were 190 alcohol-related fatalities in Wisconsin, and nearly 2900 injuries. “If we had 190 people killed by tornadoes in Wisconsin in a year, everyone would be up in arms,” Ott said.

A second bill would raise the minimum incarceration period for fifth and sixth offenses from six months to 18 months. The third would prohibit all offenders from driving any vehicle without an ignition interlock device. The Senate cosponsor of the measure is state Senator Alberta Darling (R-River Hills).