You are here: Home / News / Superior mayor calls on council member to resign 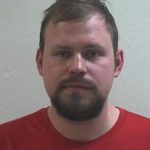 The mayor of Superior has called for City Councilor Graham Garfield to resign. Garfield is facing several charges including 1st degree recklessly endangering safety and pointing a firearm at another person following a domestic dispute last week.

At a news conference, Mayor Jim Paine says Garfield “cannot and should not continue to represent his constituents while he faces criminal charges.”

He says the incident is receiving special attention because of Garfield’s elected position but law enforcement responds to hundreds of domestic violence incidents each year.

The mayor encourages anyone that feels unsafe in a relationship to reach out to CASDA and anyone suffering from substance abuse or mental health issues to seek help before a crisis occurs.

Paine says if Garfield refuses to resign, the city council would have to take action to remove him.