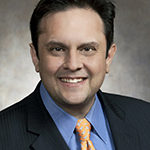 Proposed legislation would target the demand for sex trafficking by cracking down on those who repeatedly patronize prostitutes. State Representative Joel Kleefisch (R-Oconomowoc) says the days where prostitution is viewed as a victimless crime are long past.

“Often, people do not realize that the person being prostituted is a victim of human trafficking,” Kleefisch said.

The bill would toughen criminal penalties for frequent offenders, making the third conviction a felony.

“Milwaukee and Wisconsin is a hub for human trafficking,” he said. “No action can be drastic enough to reduce the element of controlling another human being.”

The bill has bipartisan cosponsors, and Kleefisch says the state Department of Justice is also supportive.