You are here: Home / Sports / Marquette’s Fischer among those working out for the Bucks today 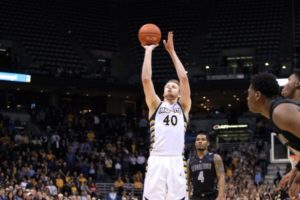 The Milwaukee Bucks NBA draft prospect workouts are winding down.  Among the six players in on Monday is Marquette center Luke Fischer.

Following is the list of players working out today:

The Bucks may hold one more workout on Tuesday.  They have the 17th and 48th selections in the upcoming 2017 NBA Draft, which will be held June 22 at the Barclays Center in Brooklyn, N.Y.